Accompanied by their builders and a bunch of  budding and accomplished roboticists, a menagerie of robots  crowded into Logics Academy for ylab’s inaugural Robotycs meeting.  The all-too-human Robot Ross gave an intro to the group’ and some potential dire 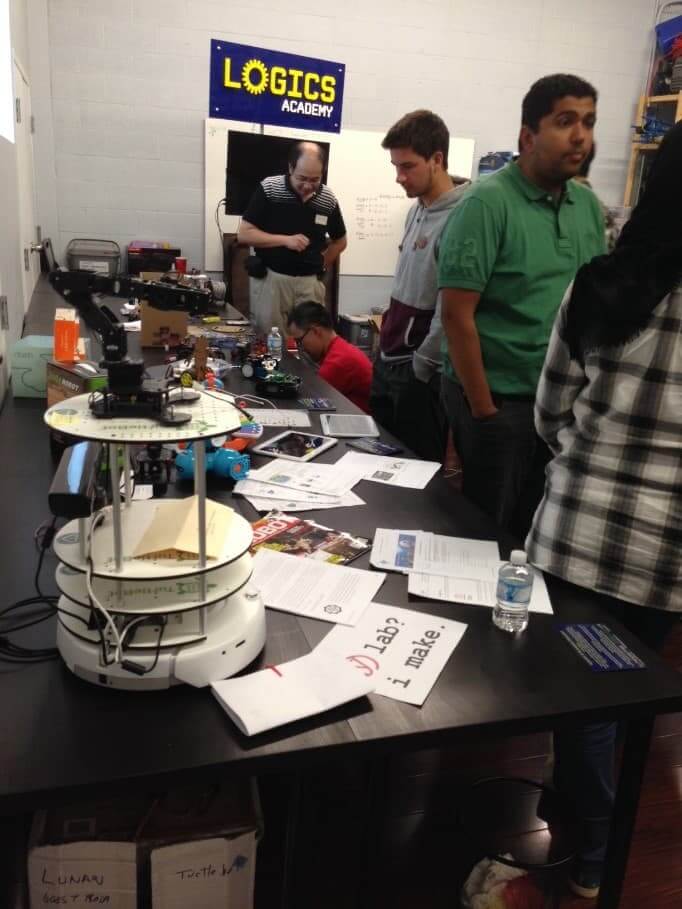 ction. A big part of it will be participants bringing in their creations (or is that the other way around?). Goals are to  meet other robotics fans, share expertise and help set direction for the meetings. Ross provided some perspective on and why “robotics technology today” and what we thought comprised a “Robot”, and finally some examples of movie robot mayhem. 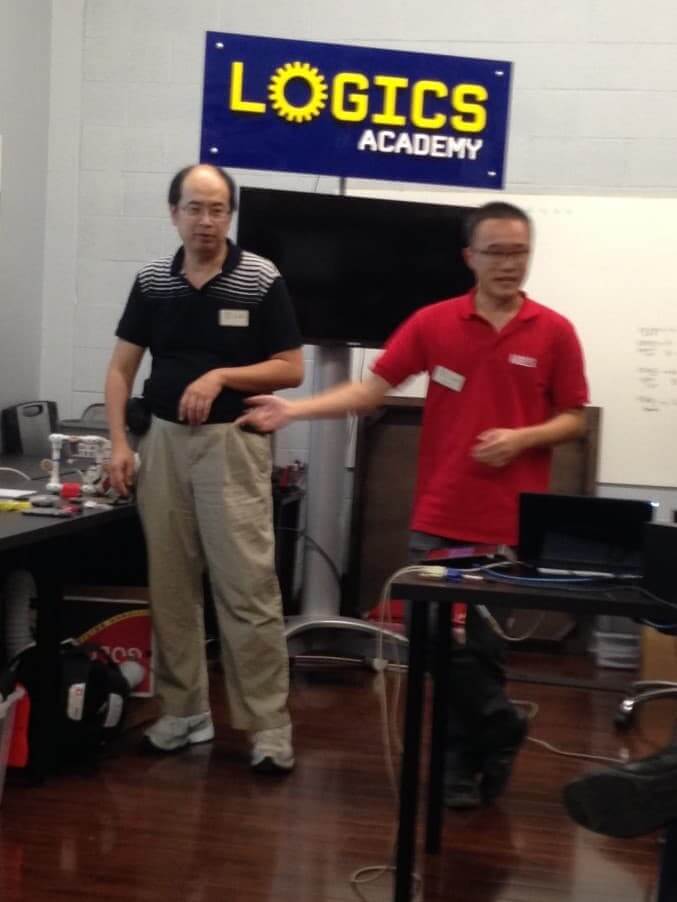 Show-and-Tell was a highlight of the evening. One creative builder demonstrated the motivator part of his underwater robot. Unfortunately, Ramy’s shop doesn’t feature a swimming pool, so the key feature was not demonstrated (note to Ramy: can you add one for a future meeting?).  Jack showed his smart phone controlled 4-wheeled floor bot, and Rami showed an example of a Logics Academy educational device -a tone activated drawing pencil suitable for younger roboticists.

After a  vigorous open discussion, we agreed that for the next meeting,  everyone should bring back suggestions on specific topics activities they’d like to see in subsequent meetings. A popular point was for the group to show the specific steps to build a working robot from scratch, i.e. where to start, how to set behavior and functional objectives, what choices of hardware, and what software to select. A group build project might serve us well.

Jack and Paul concluded the meeting with a demonstration of How to build a Robot in 10 Minutes, using a precut laser cut base, 2 motors and an Arduino controller equipped with a Carobotx motor shield. Slowed down by lots of descriptions and explanations,  it took them  22 minutes until the “It’s alive!” moment when it was able to explore the floor on its own.

Big thanks to Rami and Logics Academy for once again hosting a ylab event, Jack and Paul for all their help, and Robot Ross for initiating the whole thing. And, of course, to all the new people who came out for their first ylab event.

Robotycs meetings are being scheduled for the 4th Wednesday of every month. The next one is on Wednesday, October 28,  once again at Logics Academy. Stay tuned for registration information.