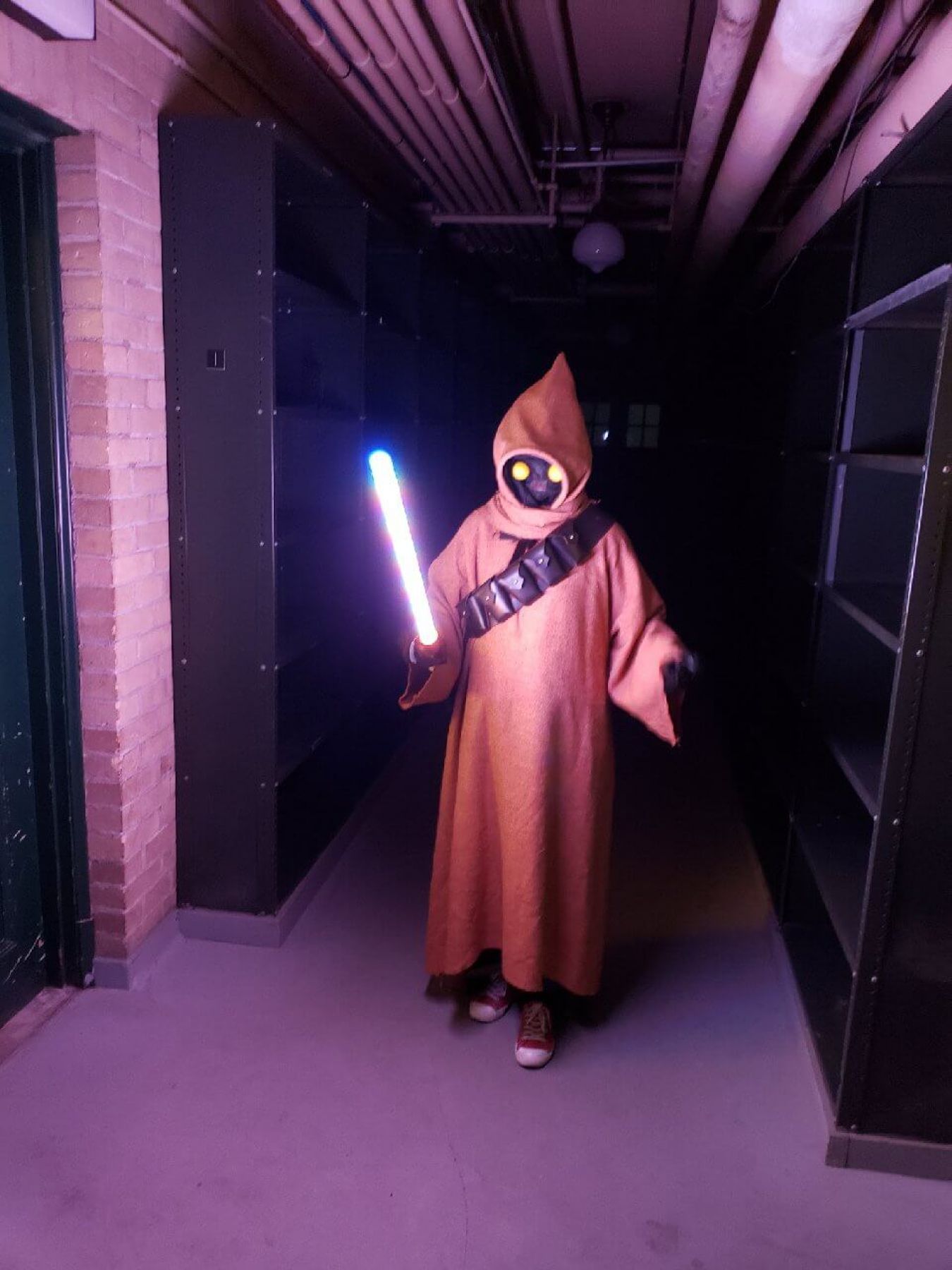 How did he get hold of that?

On Friday August 23 the City of Richmond Hill and Deputy Mayor Joe DiPaola hosted their First Annual – Explore the DDO outdoor movie night. City staff invited DDO partners and other groups to participate. Ylab was asked to join the fun because of some shiny light things we’ve been known to make in our DDO workshop.

Some ylab members and friends are big Star Wars fans. They happily volunteered to add some character – and characters – to the event.

The costume efforts ranged from a quick trip to the local thrift store to years of detailed work.

Parks and Recreation staff came out to give tours of the Administration Building, and the RASC Toronto Centre crew gave tours of the telescope dome. Oh, yeah, and there was a movie – so much fun stuff going on that it almost became secondary to a great summer evening at the DDO site.

Big thank you to the City’s Explore the DDO, Parks and Recreation and volunteer teams for all their great work; to RASC Toronto Center for their tours of the dome, to all the other participating groups, and finally to ylab members Dan and Pek and friends Kristen and Mark for showing up in costume. Extra kudos to Dan for loaning out extra costumes and making it up and down the telescope stairs in wookie stilts.